As I was testing the MobHeads plugin, I’ve gathered lots of heads in my inventory, so I figured, I might as well hold an identification contest. So here you have it, 36 heads selected by myself for you to identify.
The rules are simple:

The first person to identify all 36 heads can choose one head from my selection or a variation of it as a reward.
Here is the inventory of heads: 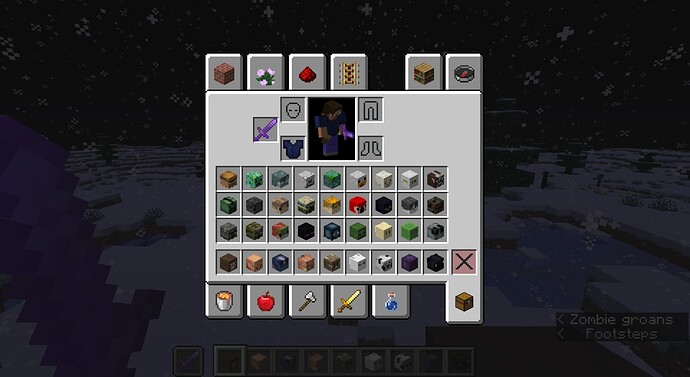 Well, looks like homen guessed all of the heads. @Homen06 make a post sharing the list of heads and the head you choose as a reward. As for everyone else, thanks for participating, I’ll be thinking whether to hold another contest like this given how fast it ended, and there will also be another one with a double chest of heads later on, so pay attention to the events channel in discord as well as to the forum!

Well, I tried my best and caught a couple of your sneaky differences in mob heads, I have pm’ed you on Discord.

I dm’d you on discord

I dm’ed for my second go Astelon

Good Game to the participants, and Easy Dubs for me with absurd motivation, frantic researching, and a bit of competetiveness, ive found all of the heads listed in astelon’s head identification contest id like to get my hands on ravager head, lored with “Homen06 - Winner of the first Mob Head Identification Contest”, so i can scare some noobs with it > below is an image and a link to the spreadsheet i submitted to astelon p.s: can you guys pay the other participants in some…

For the next contest, do write a comment instead of another post
Will be closing this topic now.