My ATTEMPT to play Minecraft on an 11 year old laptop 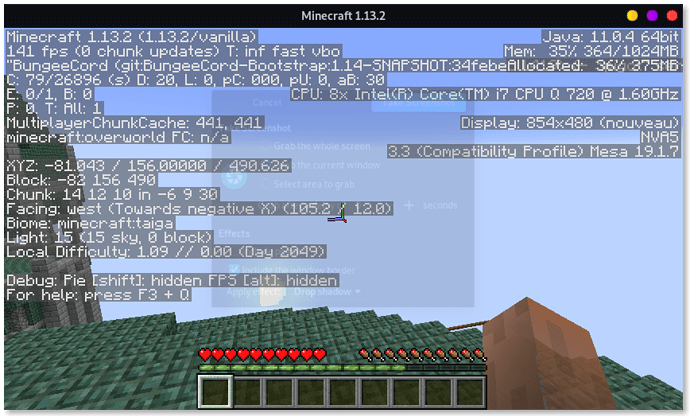 well that i7, even though it’s old and that microarchitecture is not very good but it can play minecraft fine because the 4 core with HT tech
and that gt 230m… well it’s better than gt 210

and just wondering, how much ram does this laptop have?

also i ran minecraft 1.16.5 with optifine on it

4GB, upgraded to 8 though.
Only 1 GB is allotted to Minecraft, but if the rest of the system doesn’t have enough memory like in your case, then performance will definitely suffer lol

well i can launch mc but i tried to join mythic, not singleplayer maybe i’ll try it tomorrow.

update: so i tried to play mc on my mum’s laptop and the specs are:
CPU: i3-3110M
RAM: 4GB
GPU: HD 4000
Storage: 240GB SSD
OS: Windows 7 32-bit
It worked! But the only caveat is when loading new chunks, it will stutter a lot, i also tried to join mythic but my internet is quite slow earlier so i can’t join it but
nevertheless it’s a smooth experience and i felt quite stocked when i saw an quite old home/business laptop can play mc.
btw here’s the evidence:

and also the screenshot of the computer specs:

NEW UPDATE:
That old Acer laptop is having a very weird issue, I don’t know what is the problem but it just shuts down after a few minutes after it boots to Windows and I knew it’s not a thermals issue.
(And that 5400RPM HDD…)

New update: I reinstalled windows 7 32-bit to 64-bit and also upgraded the ram to 4GB it works flawlessly at 60 FPS but I cap the FPS to 30 because of thermal issues. But all in

New update:
I’m back, I just finished exam this week so yeah… i’ll show the screenshot of me playing Minecraft on this laptop 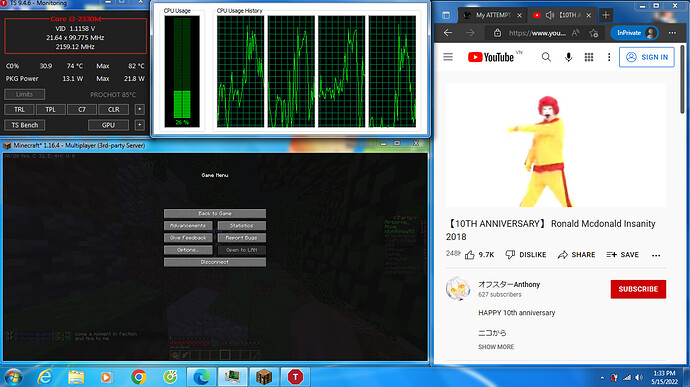